Spring is here and well-kept orchids are starting to root and build new leaves – an ideal time for repotting orchids. It is possible to repot in all seasons, but my experience is that orchids handle repotting in spring much better – especially in our climate, since the warmer temperature and more light enables them to develop new root mass quickly.

A basic rule is that you should repot your orchid or give it fresh substrate for the first time, after you had it for at least a year. After that you can repot every second year.

Repotting orchids takes some practice, but it is also fun. Especially after you’ve finished and can rejoice in the outcome. In the following article I provide you with a step-by-step manual which helps you to repot your orchids. In the pictures you can see a special pot for orchids, the so-called Orchitop*. Don’t worry, this manual is of course also well suited for normal pots.

By the way, you can repot a blooming or budded orchid. Especially multihybrids can handle the repotting. Worst case is that the buds start to go limp more quickly or that the buds dry out. From my orchids I haven’t had any complaints so far ;D.

Repotting orchids – Step 1: Taking the orchid out of the pot

If this method was successful, you pull out the roots which have grown through the bottom one by one. If this doesn’t work you can take your scissor and cut the pot in order to get to the roots. Depending on how damaged the pot is, you can still reuse it. If it is no good anymore, just take a new pot.

An alternative is to soak the orchid for at least one hour in water. This makes the roots more flexible and easier to remove them from the pot. Give both methods a try and see which one suits you best. Some orchids nearly fall out of the pot without using any of the methods.

When step 2 is finished we start with giving your orchid a pedicure. If an orchid has been inside a pot for a longer time, it is most likely that some of the roots have died. This is due to the aging process and quite normal. Dead roots are either completely dry or sludgy. The latter can be the case due to either too much watering or due to too old substrate which couldn’t dry out properly. This is an indication that you picked the right time to repot your orchid.

Take the scissor and cut off all roots which have died. It is important that the scissor is sharp. There are special scissors for orchids which are quite useful. The healthy roots which are vital, green or silvery are of course staying on the orchid. Try to avoid cutting them by mistake. If you happen to accidently damage one of the healthy roots, you can put some high quality cinnamon on the wound in order to heal it. Cinnamon is anti-bacterial and protects the orchid from germs and vermin. Now that the dead roots are eliminated the orchid can go back into the pot.

Repotting orchids –Step 4: Putting the orchid back in its pot

Once all of the dead roots are eliminated the healthy roots can go back into the pot. You can reuse your old pot, but make sure that you thoroughly clean it beforehand with hot water and a brush. It is only necessary to use a new and bigger pot if the orchid has gained a lot of roots, so that the orchid – even after the pedicure – doesn’t fit into the pot anymore. Remember that the new substrate has to fit into the pot as well.

This procedure can be a bit complicated at times, but it works eventually. You have to be patient and very careful that the roots won’t break. This method of turning the roots back into the pot has been proven to be quite successful.

You’ve nearly made it! There is only one more challenge ahead: new substrate needs to be filled inside the pot, because the orchid doesn’t like sitting in the pot with naked roots. After all this stress we of course like to do it this favor.

The easiest approach would be to just fill up the pot with new substrate. But since there are a lot of roots inside the pot you can’t simply do that. The trick is to fill some substrate in the pot and then gently knock the pot on the table so that the substrate can slowly trickle down. Apply this procedure as often as it needed until all spaces are evenly filled with substrate.

Even though the whole procedure might seem laborious at first, you will see the results very soon. FINISHED: your freshly repotted orchid can now go back to its place!

You are finished. Now everything is ready for the next flowerage.

I am eager to learn if my manual was helpful. Or maybe you have some additional tips for repotting which you would like to share! I am looking forward to your comments.

*This is an affiliate-link, which means that if you buy something on this website I will receive a commission. This does not influence my rating of a product or a supplier. I only recommend products and suppliers which I truly support. 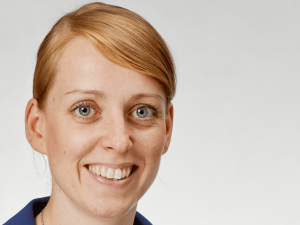